For a long time, Twitter has avoided including community feedback when it comes to its policies. But today, they seem to have changed their mind on this stance. Since its formation, the company has followed its own policy development process. Sometimes accepting input from its Trust and Safety Council and experts.

According to an announcement published this morning, henceforth, they shall consult users on a new policy. That is before it’s integrated into the existing Twitter Rules. For their first “outing”, they shall be consulting on a new policy aiming to curb dehumanizing language on Twitter. 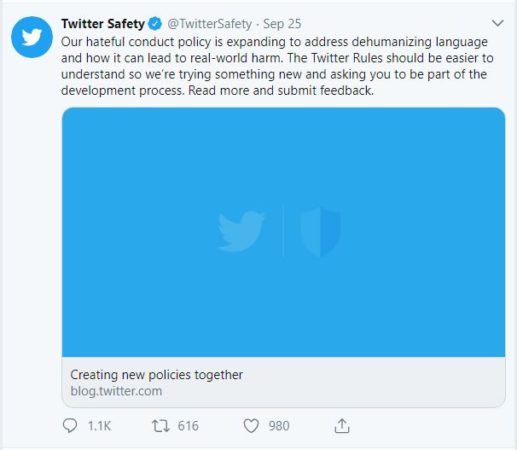 What is Dehumanizing Language?

Dehumanizing language, as per the name, refers to language that “makes someone feel less than a human”. Such language can have real-world effects, leading to violence, self-loathing and at times even deadly repercussions. According to the existing Twitter Hateful conduct policy, which addresses hate speech, dehumanizing language is somewhat represented.

However, even though the policy is comprehensive, some abusive tendencies fall outside of its domain. And dehumanizing language is present. With the new policy, Twitter can expand the scope of the Hateful conduct policy to prohibit such language use. All this based on “their membership in an identifiable group, even when the material does not include a direct target,” says Twitter.

Unfortunately, the company doesn’t allow for feedback over mail. Instead, they have launched a survey, available until October 9th at 6:00 AM PT. The survey asks the users to rate the clarity of the policy, on a scale of one to five. Also, providing about 280 characters for users to offer suggestions on ways to improve the policy.

Why Should The Above Bother You?

Since Twitter doesn’t specify to what degree the feedback will be used in the decision-making process, take it with a grain of salt. Though, I appreciate their efforts in involving users in such a decision. This is a policy that affects quite a number of people. And even if it doesn’t gain traction, it shows that the company cares about the psychological health of their users. Kudos Twitter😎😎!!!

But Twitter’s issues on hate speech and abuse don’t only stem from poor policies or lack thereof. In many cases, it is just loopholes. And with the lax enforcement of such issues by Twitter, they are sort of “condoning” such behavior. Their tendency to decline penalizing hateful users, just to maintain their image as an open platform is still strange. 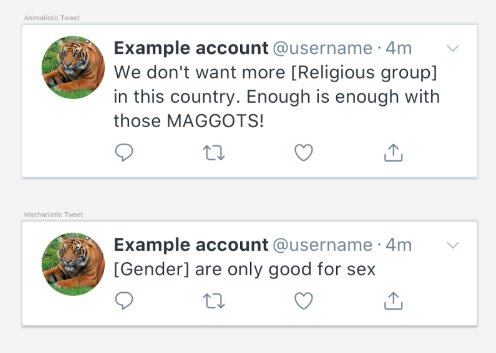 You may not dehumanize anyone based on membership in an identifiable group, as this speech can lead to offline harm.